Since 1990 over 100,000 people have stood in LifeChains in Milwaukee, Waukesha, and other Wisconsin cities.  Across America, Canada, and other countries, millions of people have also held our now familiar signs. 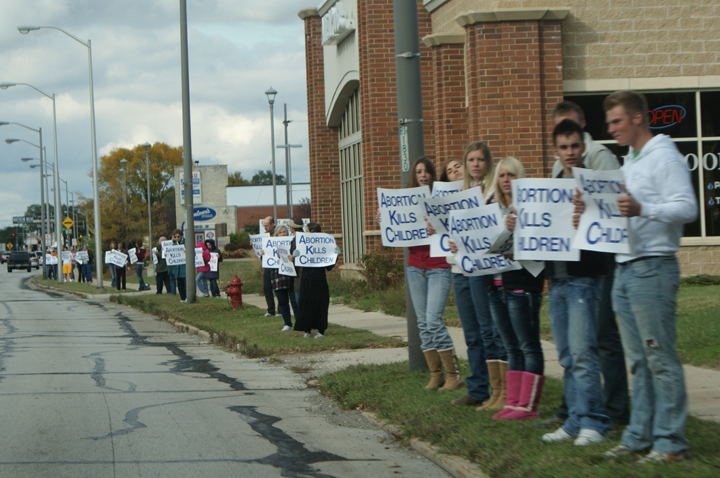 How We Do It

In the Milwaukee Area we are organized by individual congregations and groups with each having its own internal Contact Person.

We keep this simple and provide what you need. Then, you organize your group, pick up the signs, manage your participants onsite and report your experiences.

Not part of a group?  You can still participate by calling the number above. 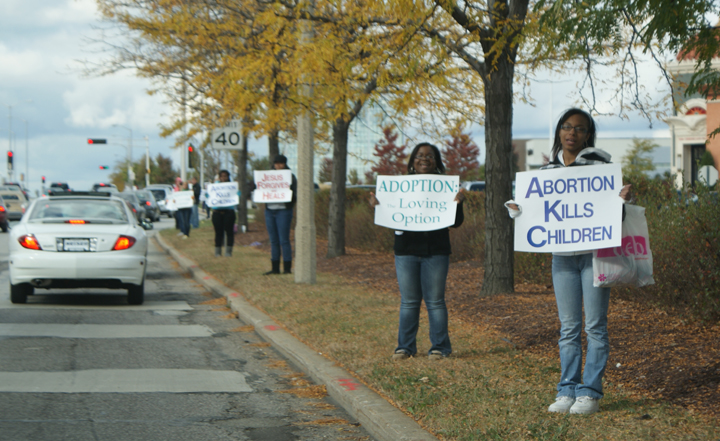 According to "Please Let Me Live" the event was a time of self-evaluation (repentance) and prayerful thanksgiving for God's church.  It was also a powerful, revealing witness to many thousands of motorists.  Typical participant responses were: "I felt God's presence." and “It was good to stand for righteousness."

The second LifeChain was built in Bakersfield, CA. in September of 1989.  It contained 7,500 prayer warriors.  By February 1991, California had LifeChains in 35 cities.  Nationally, there were 771,000 participants in 170 cities in 42 states standing on an estimated 1,500 miles of sidewalks.  1992 had 975,000 participants in 800 cities.  1993 saw LifeChains across North America with people in 875 cities in 50 states.  Since ‘92 "Please Let Me Live" has not published any individual counts except the number of cities in the US and Canada that continue to host LifeChains.

Since the beginning of LifeChain literally millions of people have stood along the roads of America and other countries holding our now familiar signs.  No doubt many millions more have seen these signs.  There are many reports from various cities of children saved and lives changed.  One reported response was "I couldn't get the ‘ABORTION KILLS CHILDREN’ message out of my mind".  In city after city the LifeChain has expanded ProLife awareness as Christians are once again engaging society by moving from the pews to the streets to stand publicly as salt and light, against abortion, the gravest social evil America has yet seen.

Wisconsin's first LifeChain was held in Milwaukee on December 2, 1990, a cold windy Sunday afternoon.  The route, about 16 miles of streets, was appropriately begun at the War Memorial on the shore of Lake Michigan and extended up Wisconsin Avenue and Bluemound Road to 124th Street.  The bar of the cross was Highway 100 from Burleigh Street to National Avenue.  These 10,000 cold-braving souls showed Milwaukee for the first time that there are many who call on the Lord and stand opposed to the shedding of innocent blood.  One young mother who had been planning to abort her child stopped and talked to people on the LifeChain.  Today she has a son named Jacob.

October 6, 1991 was Milwaukee’s second LifeChain with 6,000 people. Waukesha held it’s first that same day with 2,300 people and Madison had 4,500 LifeChainers.  Across Wisconsin there were LifeChains in 10 cities with a total of 18,675 people holding one of two signs “ABORTION KILLS CHILDREN”, or “JESUS FORGIVES AND HEALS”.

Since then LifeChain has been held annually in as many 42 Wisconsin cities with no reported incidents of arrest or violence. 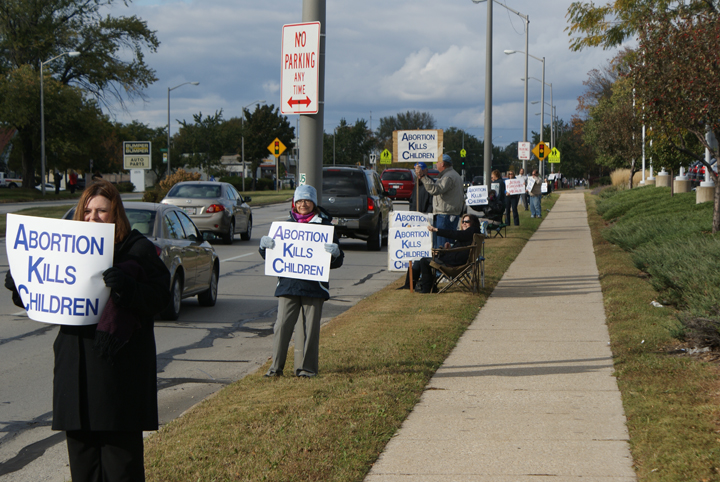